The device also has four Gigabit Ethernet combination ports for uplink flexibility, allowing copper or fiber uplinks to servers or the network backbone.

Multicast VLAN Registration (MVR) is designed for applications such as Media-on-Demand that sends multicast traffic across an Ethernet network.

Comprehensive QoS
Traffic is prioritized according to 802.1p, DSCP, IP precedence and TCP/UDP port number, giving optimal performance to real-time applications such as voice and video.

Enhanced Security
Port Security ensures access to switch ports based on MAC address, limits the total number of devices from using a switch port, and protects against MAC flooding attacks.

IEEE 802.1X port-based or MAC-based access control ensures all users are authorized before being granted access to the network. User authentication is carried out using any standard-based RADIUS server, with support for dynamic VLAN assignment and a guest VLAN.

Access Control Lists (ACLs) can be used to restrict access to sensitive network resources by denying packets based on source and destination MAC addresses, IP addresses, or TCP/UDP ports. ACLs are hardware supported, so switching performance is not compromised.

TACACS+ 3.0 authentication for applications, such as network access or IP mobility, enables centralized control of the switch and prevents unauthorized users from altering the switch configuration.

Simple Management
An industry-standard command-line interface (CLI), accessed through the console port or Telnet, provides a convenient way to configure and troubleshoot the switch.

If you run out of ACLs, IP Source Guard can be enabled on a trunk port with a large number of VLANs that have DHCP snooping enabled.

DHCP Option 82 is a feature that adds device information to client TCP/IP configuration requests, which are relayed to a DHCP server.

The Edge-Core ECS3510-28T is a high-performance Fast Ethernet Layer 2/4 switch featuring 28 ports; 24 10/100BASE-TX ports and four combination Gigabit Ethernet RJ-45/SFP (Small Form Factor Pluggable) ports. It is ideal for desktop Fast Ethernet connectivity and wiring closet installations. This switch is packed with features and is a cost-effective solution that brings continuous availability, enhanced security and advanced QoS to the network edge, while maintaining simplicity of management. 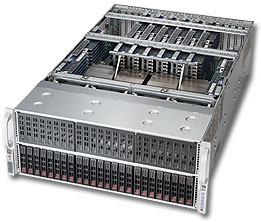